Eli Genauer: “A Straight Diagram Which is Made Bent” Kilayim 7:1 – Peirush HaMishnayot L’Rambam

Mishnayot Kilayim features many instances where the proximity of one species to another in a field is crucial to establishing the Halacha . Diagrams are most helpful in understanding these spatial relationships. In fact, The Rambam in his Perush HaMishnayot on Kilayim includes over 25 diagrams, 11 in the 3rd Perek alone. I would like to focus on one of the Rambam’s diagrams and show how it changed  from the time it was penned by the Rambam himself until the diagram we have today in our printed editions. It can be argued that our present diagram might be more “correct” than what the Rambam himself drew, but it begs the question of how much leeway there is in trying to change what the Rambam created. Certainly the same liberties would not be taken with his words.

The first Mishneh in Perek 7 of Kilayim states as follows;
מסכת כלאיים פרק ז
ז,א  המבריך את הגפן בארץ--אם אין עפר על גבה שלושה טפחים--לא יביא זרע עליה, אפילו הבריכה בדלעת או בסילון.  הבריכה בסלע--אף על פי שאין עפר על גבה אלא שלוש אצבעות, מותר להביא זרע עליה.  הארכובה שבגפן, אין מודדין אלא מעיקר השני.
The Mishneh deals with an old vineyard farming technique called “הברכה”.  Basically one takes a branch of a vine, bends it into the ground and then takes the other head of the vine out of the ground in another place from where it will grow a new vine. This affects what seeds which you are allowed to plant near the “new” vine. The final part of the Mishneh deals with a vine which is bent down to form a knee-like point which is called an ארכובה. The Mishneh tells us that in the case involving an ארכובה we measure ( how much space needed to work around it) only from the second root, i.e.,the root of the new vine. As a point of reference, Jastrow explains an ארכובה as “that part of the vine which is bent down and laid in the ground to rise at another place.”
Rambam first explains what is an    שבגפן ארכובה.
והארכובה של גפן צורתה כך
The Rambam continues as follows
“וימדוד עבודתה שהיא ו׳ טפחים מעיקר השני שנראת הגפן יוצאת משם..... “
You should measure the work area as it regards Kilayim around the second root (עיקר השני) and not the original root (עיקר הראשון) (unless the first root is uncovered.)
You will notice that the Rambam does not use any words to describe what an ארכובה looks like, only the words צורתה כך and a diagram.

Here is the diagram included in the Ktav Yad of the Rambam himself. Oxford, Bodleian Hunt. 117

The bibliographic record includes this statement
‫ בראש כה"י רשימה מאת "שלמה בן דוד בן אברהם בן הגאון רבנו", בה הוא מעיד שכה"י נכתב בידי הרמב"ם.
On the left side of the diagram it says “עיקר ראשון”, meaning the roots of the mother vine. The bend is known as the ארכובה , which leads into the "עיקר שני" and rises up to the new  גפן . It seems from this diagram that the bend takes place underground as it is on the same level as the roots of the new vine. You do not get the feeling that the branch which comes from the first vine is bent downwards in any way before forming the second vine. Also, you do not get a picture of the first vine ever rising from the ground as the second. 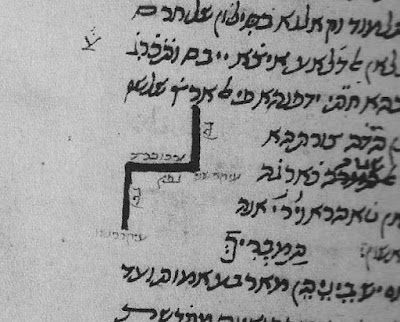 We have a similar diagram in a very early manuscript of the Peirush Mishnayot written in 1221-1222 by  Shlomo Halevi, son of Shmuel Hadayan ben Saadyah. It was most likely copied from the original. 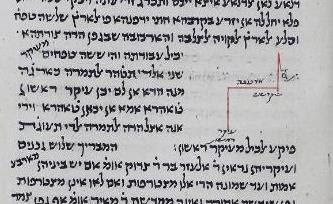 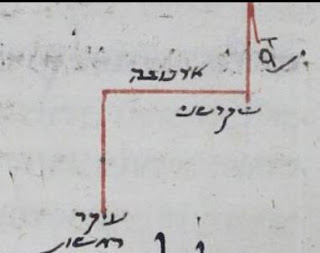 Other manuscripts depict the diagram in a similar manner with the bend still being on the level of the  "עיקר שני". This manuscript is a Hebrew translation of the Rambam’s words.
Vatican ebr. 465 – 14th century 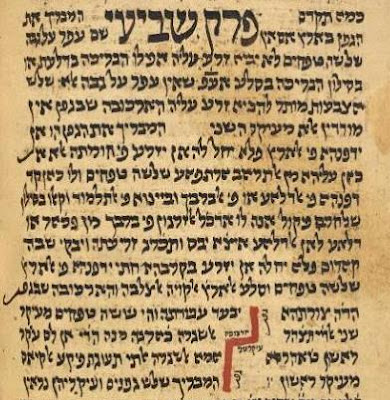 We find a significant change in the following manuscript as the bend is not on the same level as the second root. It seems as if the branch of the first vine is out of the ground, then bent downwards underground where the second root then develops and grows. This is also a Hebrew translation of the Rambam’s words.
Hamburg Codex Hebrew 18   - 1416
& 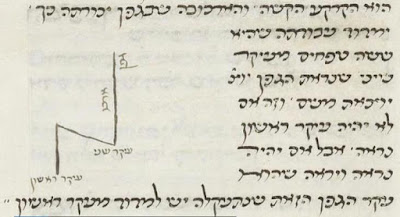 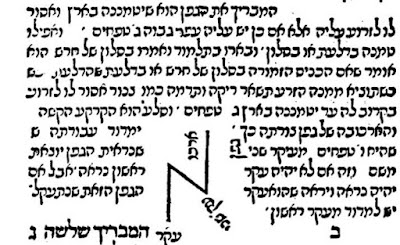 For approximately 200 years of printed editions starting from Bomberg in 1521 ( shown below), this and other diagrams went missing. As you can see on the bottom left, there is a space left for a diagram, but no diagram. 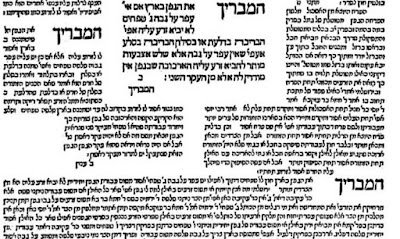 Rav Kapach in his introduction to the Mosad haRav Kook edition of the Rambam’s Peirush HaMishnayot Zeraim ( Jerusalem 1963, p. 20) writes about diagrams as follows
"כל הציורים שבמסכת כלאים ובכל המשנה השתדלתי להעתיק בדיוק כפי שהם בכתב יד רבינו"
Included in this edition on this Mishneh is a diagram that shows the beginning of the bend as a straight line going from the עיקר ראשון to the עיקר שני , indicating that the new branch which originated from first vine was never out of the ground. In footnote 5 he attributes the source to Ktiv Yad Oxford. Yet in this same footnote he includes a diagram from his grandfather יחיא בן סלימאן קאפח written in 1925, which shows the branch from the first vine rising out of the ground and then bending downwards back into the ground where the עיקר שני takes root. Even though he had the Ktav Yad of the Rambam himself, he writes that he still prefers the diagram of his grandfather showing the bend angling downwards.
The first time after Napoli 1492 that a diagram was included in a printed edition was in Frankfurt a/m 1722 and looked like this. As you can see we now have a picture of the two vines and also that the branch from the first vine is bent downwards before it goes back into the earth. In this diagram the first vine is now on the right. 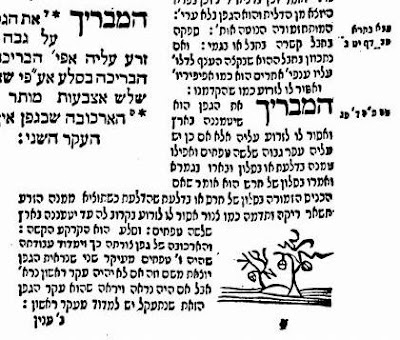 In the Vilna Shas and most modern print editions it looks like this with the right side being the original vine. This illustration even tries to show grapes growing on the vines. 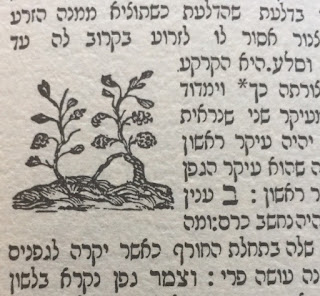 Finally, I have a copy of Mishnayot Zeraim printed in Amsterdam by Emanuel Benveniste in 1645. As expected, the printer left blank spaces where diagrams were to be placed. In this case, the owner of the book Rav Avraham Reggio (1755-1846) drew in many of the diagrams himself. Here is what he drew on our Mishneh. It is quite clear that the branch which started the second vine was first out of the ground and then bent downwards into the ground.