Margin of error: A search for words lost before 1784 CE by excessive trimming of folio 37 in the Kabbalah manuscript
Moscow-Günzburg 775 (14-15th century CE)


Manuscript Günzburg 775 (Russian State Library, Moscow) is best known for containing the only complete copy of Ozar Hayyim, an important Kabbalah work by Rabbi Isaac of Acre (13th-14th century CE). However, the initial pages of  this manuscript are independent of this work. A point of connection is that some of the contents of the initial codex are given in the name of Rabbi Isaac, including the earliest known description in Judaism of the “seven Kabbalistic signs” or “seven Seals,” a set of symbols which even today enjoys widespread popularity in amulets from the Middle East and beyond.

Folio 37b of Moscow-Günzburg 775 gives the earliest known exegesis of the Divine Names associated with the seven Seals, but at some point the page was damaged by excessive trimming; this resulted in the loss of significant words and phrases from the lower right-hand edge (Fig. 1, below). In 1784 CE, Rabbi Abraham Alnaqar appears to have used a copy of this already-damaged page as a source for his expanded edition of Rabbi Moses Zacuto’s encyclopedic Shorshei ha-Shemot. Since the over-trimming of f.37b must therefore have occurred in or before the 18th century CE, the event substantially predates the manuscript’s inclusion in the Günzburg library. 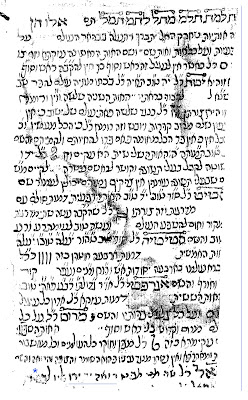 Towards the end of the 20th century CE, Rabbi Aryeh Kaplan included in some of his English-language Kabbalah books a list of primary sources for the Seals, including the relevant pages of Moscow-Günzburg 775, but none contain the information missing from f.37b of that manuscript. However, the recent online digitization of an early manuscript copy of Rabbi Joseph Tirshom’s 15th-16th century work, Shoshan Yesod ha-Olam (Bibliothèque de Genève, Comites Latentes 145), has revealed that page 141 in this manuscript (Fig. 2, below) presents essentially the same information as Moscow-Günzburg 775 f.37b, and does so without any omissions. 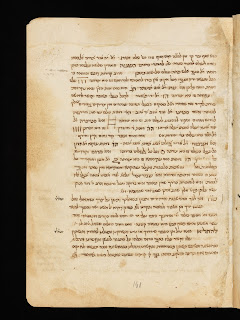 Use of the Shoshan text to repair the omissions in f.37b (Fig. 3) means that, while the earliest explanations of the Seal Names remain mysterious and cryptic, they are at least – and at last – complete. 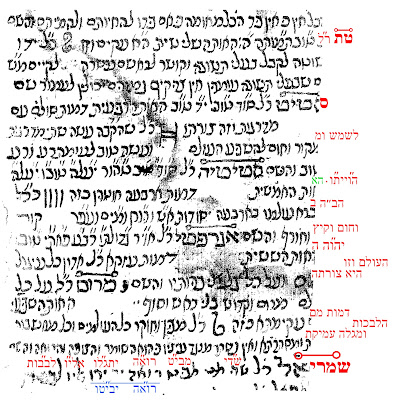 Link to full article as PDF.