Eli Genauer: A Vineyard That Has a Tail

Rashi  limits this to a situation where the fruit  trees are planted in a certain configuration, in a way that it could be considered in the category of a “Kerem” .
אילני מאכל׃ דבהכי הוי כרם, שתיים כנגד שתיים, ואחת יוצא זנב
Five Fruit Trees: For in this way, it is a “vineyard”, two opposite two, and one protruding out as a tail.
Rashi’s comments are a quote from a Mishnah in Kil'ayim 4:6 which defines one type of  Kerem as it relates to the laws of Kil'ayim
הנוטע שתיים כנגד שתיים, ואחת יוצא זנב--הרי זה כרם

Rashi then adds the word “כזה” and gives us this very helpful diagram, the only one included in the entire Bomberg first and second editions. 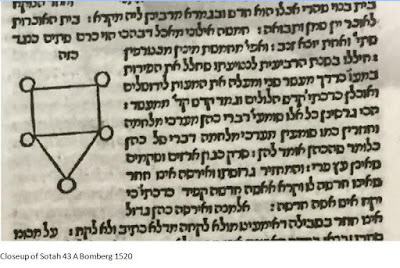 As you can see,” two opposite two” means two sets of trees facing each other, and the tail which is protruding, is between the two sets at a distance. This diagram is extremely helpful in understanding the words of Rashi. The lines “connecting” the five ‘trees” were most likely added due to the printing techniques of the day. Whether this diagram was included by Rashi himself we will never know, as we have no autograph copies of Rashi’s commentary on the Talmud. In this case, we do not even have a later manuscript of Rashi’s commentary on Sotah 43A.
As I mentioned, Rashi’s comment here is based on a Mishnah in Kil'ayim 4:6. The Meforshim there differ as to what constitutes the configuration of “two opposite two with a tail protruding”. Some of them used words alone to illustrate their opinions, and some used diagrams alone to do the same.

The two main alternatives are drawn as such: 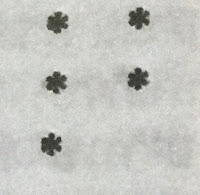 This is the opinion of Rav Ovadiah MiBartenura and Rash (Rav Shimshon of Sens) based on their commentary to Kil'ayim 4:6. 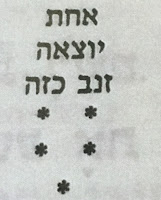 This is the figure in Rambam on Mishnah Kilayim 4:6, the Taz in Yoreh Deah 296:37, and  the opinion of Rashi based on the diagram included in Sotah 43a.

It is relatively easy to understand the Shita of the R. Bertinoro and Rash as proven by the fact that neither of their commentaries contains a diagram on this Mishnah.
Here is what the R. Bertinoro writes

Here is what the Rash writes:

They both understand שנים כנגד שנים ואחד יוצא זנב as three vines lined up from top to bottom, two vines lined up in another row facing the top two trees, with the third vine having nothing facing it.

It is the alternative of the Rambam and Taz (and Rashi in Sotah ) that is hard to understand without a diagram. As a matter of fact, neither of these commentators uses words at all. We only have the comment of כזה or כצורה זו followed by a diagram. Thus you can see how crucial the diagram is in understanding what they hold.

In this case, we can be certain that what is represented as the opinion of the Rambam in contemporary editions of the Mishnah is in fact what he held. That is because we have available an autograph manuscript of the Rambam on this Mishnah  (Oxford Bodliean Hunt. 117) and it does look a bit like an animal with a tail. ( top diagram) 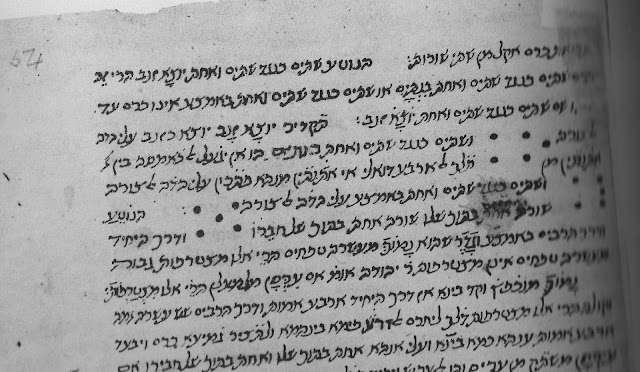 The manuscript below, Oxford Bodl. Poc. 238, written in 1223, is almost as important as the Autograph Ktav Yad. It was written by Shlomo Halevi, son of Shmuel Hadayan ben Saadyah, and was most likely copied from the original. If you look carefully at this diagram, you will see it differs a bit from that of the Rambam in that the “tail” is higher up and closer in to the “body” of the Kerem. It seems that Shlomo HaLevi tried to make “the vineyard with a tail” look even more like an animal with a tail. 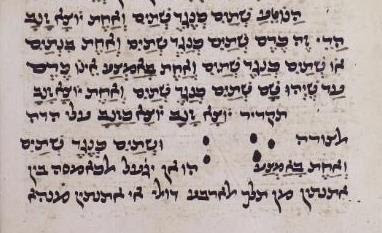 It is possible that when copying over diagrams, the scribes may have used more of their own skill set in trying to depict how something looked, as opposed to when they were just copying over words which they copied exactly as they were written.

These diagrams have important Halachic implications. The first case of the Mishnah is considered a Kerem vis a vis Kilayim. That means in that configuration one cannot plant another species within four Amos of any of the vines. If it's not a Kerem, you can plant another species starting from six Tefachim away. The Meforshim explain that Rashi, the Rambam and Taz would consider the Rav's first case to be not a Kerem and therefore allow planting another species as close as six Tefachim from a vine. According to the R. Bertinoro, the Beit Din would be obligated to uproot such a plant. It works the same in the other way where the Rambam would require uprooting a plant in the second case of the Mishnah according to the R. Bertinoro's interpretation.

10.12.15 Rabbi Genauer has recently published an additional article on this subject, on the Seforim blog, here. 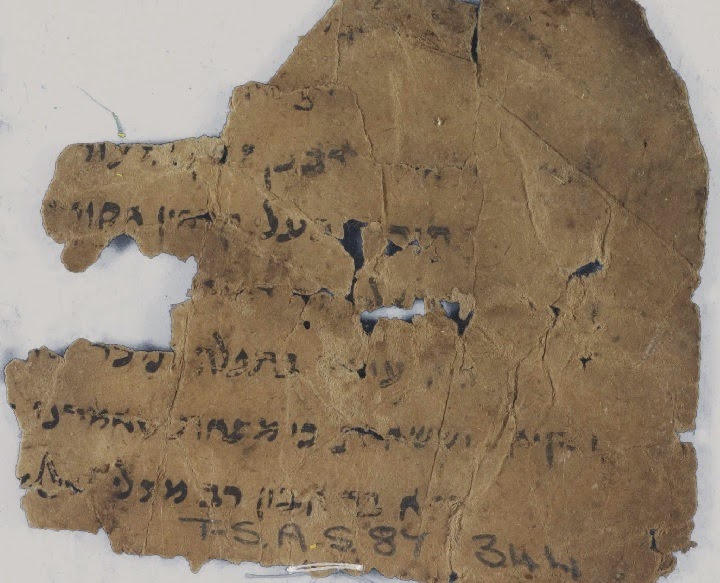 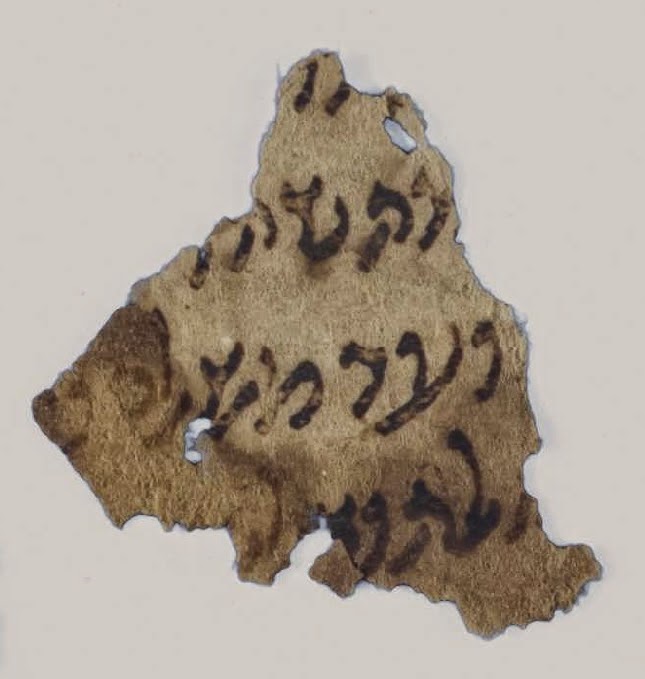 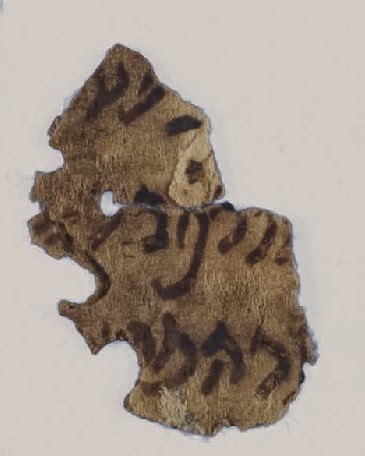